Floods are the most common natural disaster in the United States, and one of the biggest threats for Williamson County. Failing to evacuate flooded areas or entering flood waters is dangerous and can lead to injury or death.

Flooding is a temporary overflow of water onto land that is normally dry. Floods may:

There are several things you can do to prepare in advance for a flood: 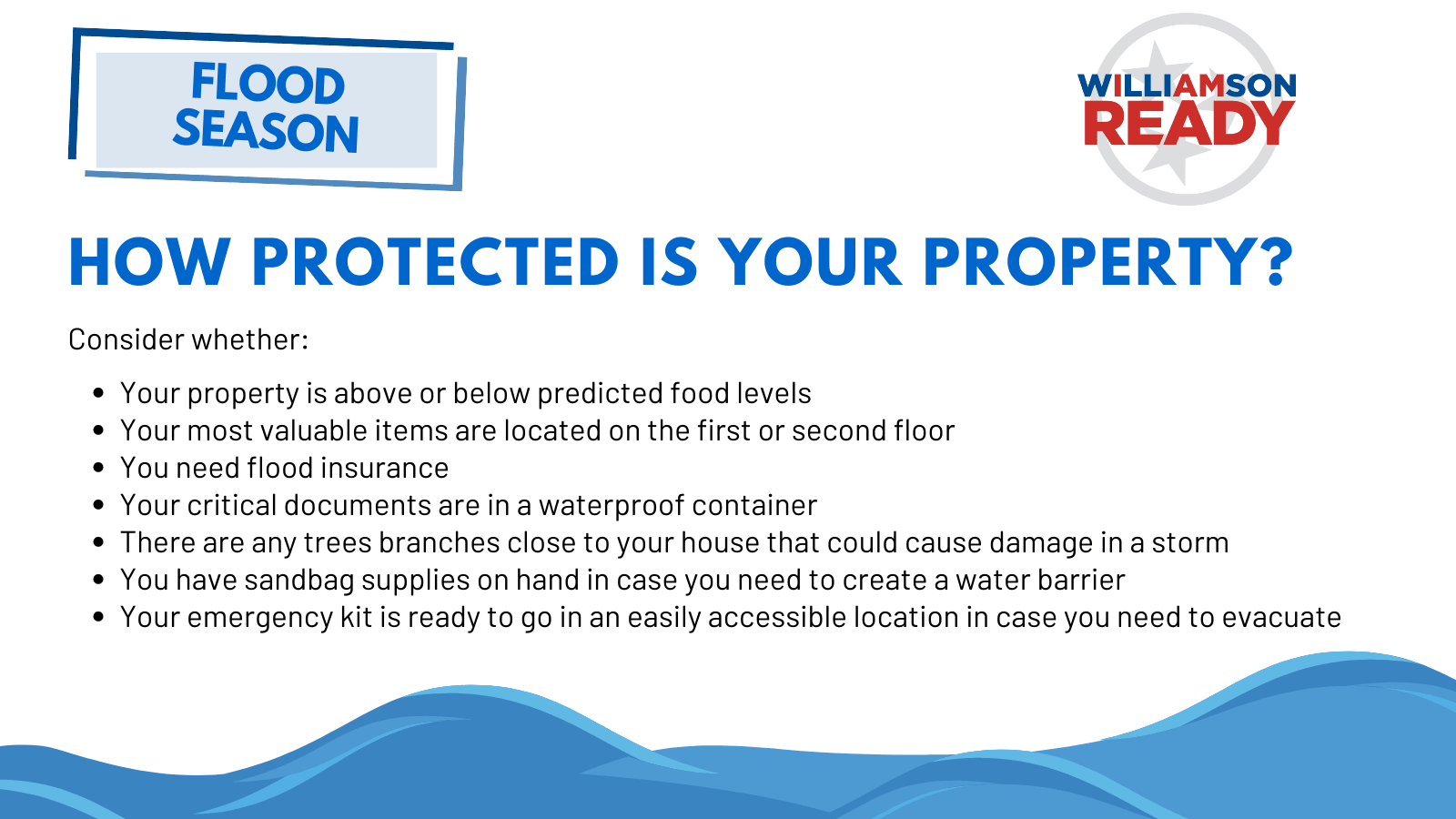 A flood can develop slowly over several days or within minutes, as a flash flood. You should know the difference between a flash flood watch and a warning. 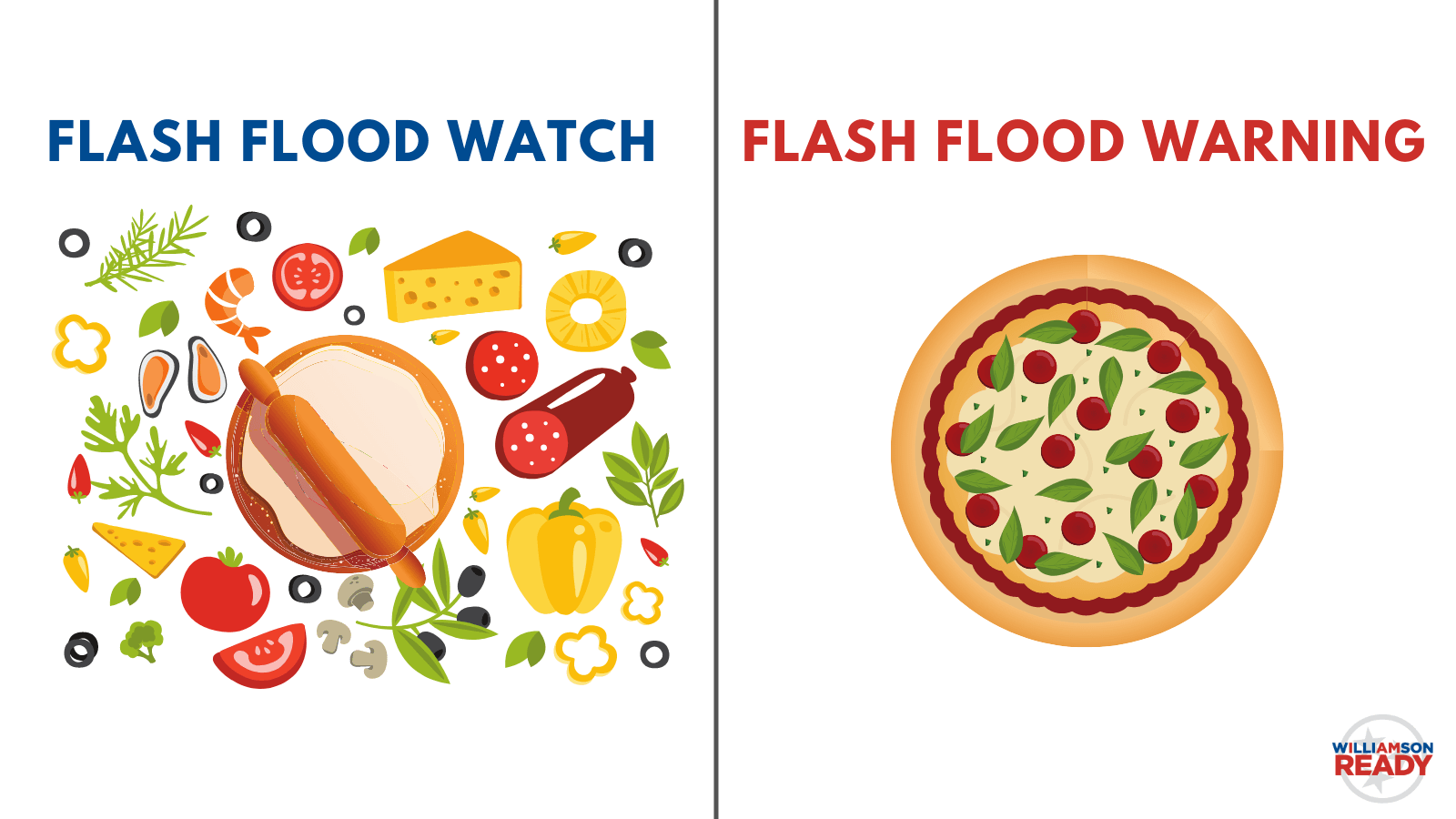 When Flooding is Anticipated or Imminent

In the event of a flash flood watch or warning, you should:

Using alert systems is crucial to being informed before and during flooding events, just as with any other disaster. Our alert systems page has resources for a number of alert options.

Although EMA doesn’t endorse any particular products, apps such as Riverapp and Rivercast provide alerts when specified rivers reach user defined water levels. These can be especially helpful for those who are typically affected by flooding from the Harpeth river. 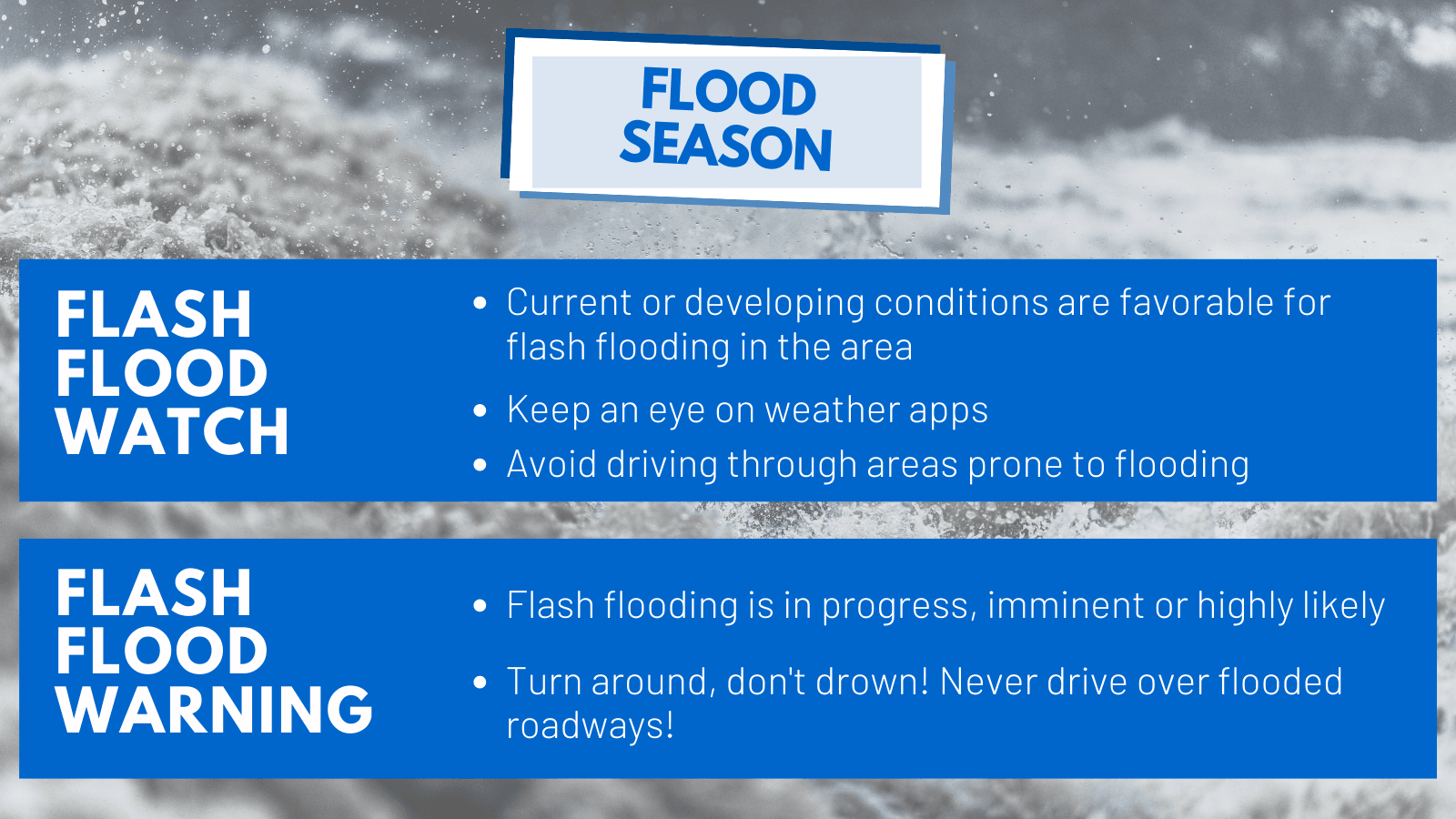 Immediately After a Flood

Floods in Williamson County are usually caused by excessive rainfall, and some areas in the county are more flood-prone than others. One of the easiest ways to identify areas that are flood-prone from rainfall is by reviewing the county flood maps.

Flooding may also be caused by other means such as failure to keep debris clear of culverts, creeks, streams, drainage ditches, drainage grates and other areas where water is designed to flow. Most of the streams and creeks in Williamson County are the responsibility of the property owner.

Williamson County has had many flood events in the past.  National Oceanic and Atmosphere Administration (NOAA) has a user defined searchable online database of flood events occurring in the county, available here.

As seen with the May 2010 Tennessee Flood Event (DR-1909), it is possible for 20 inches or more of rainfall to amass within two days. 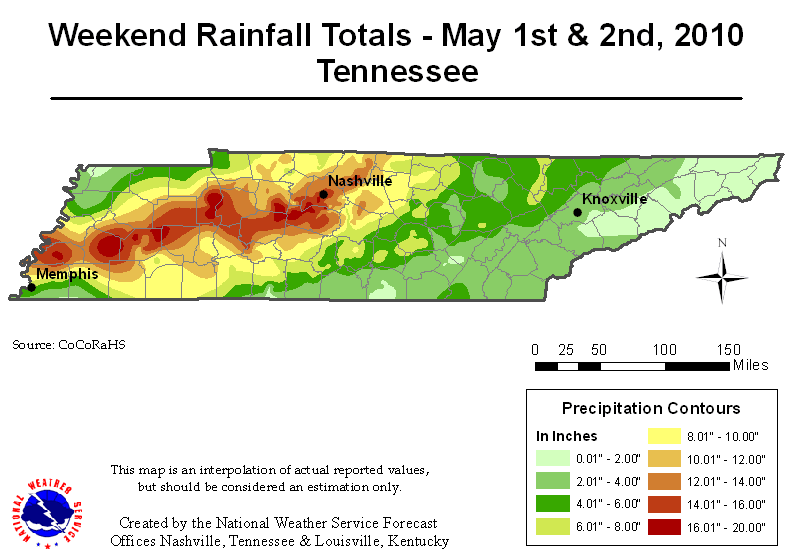 According to a NOAA Flood Risk Map, the majority of Tennessee was located in an “above average” risk of flooding zone during spring 2010. This proposed vulnerability is coupled with the fact that on average Tennessee usually receives over 50-60 inches of rainfall a year. 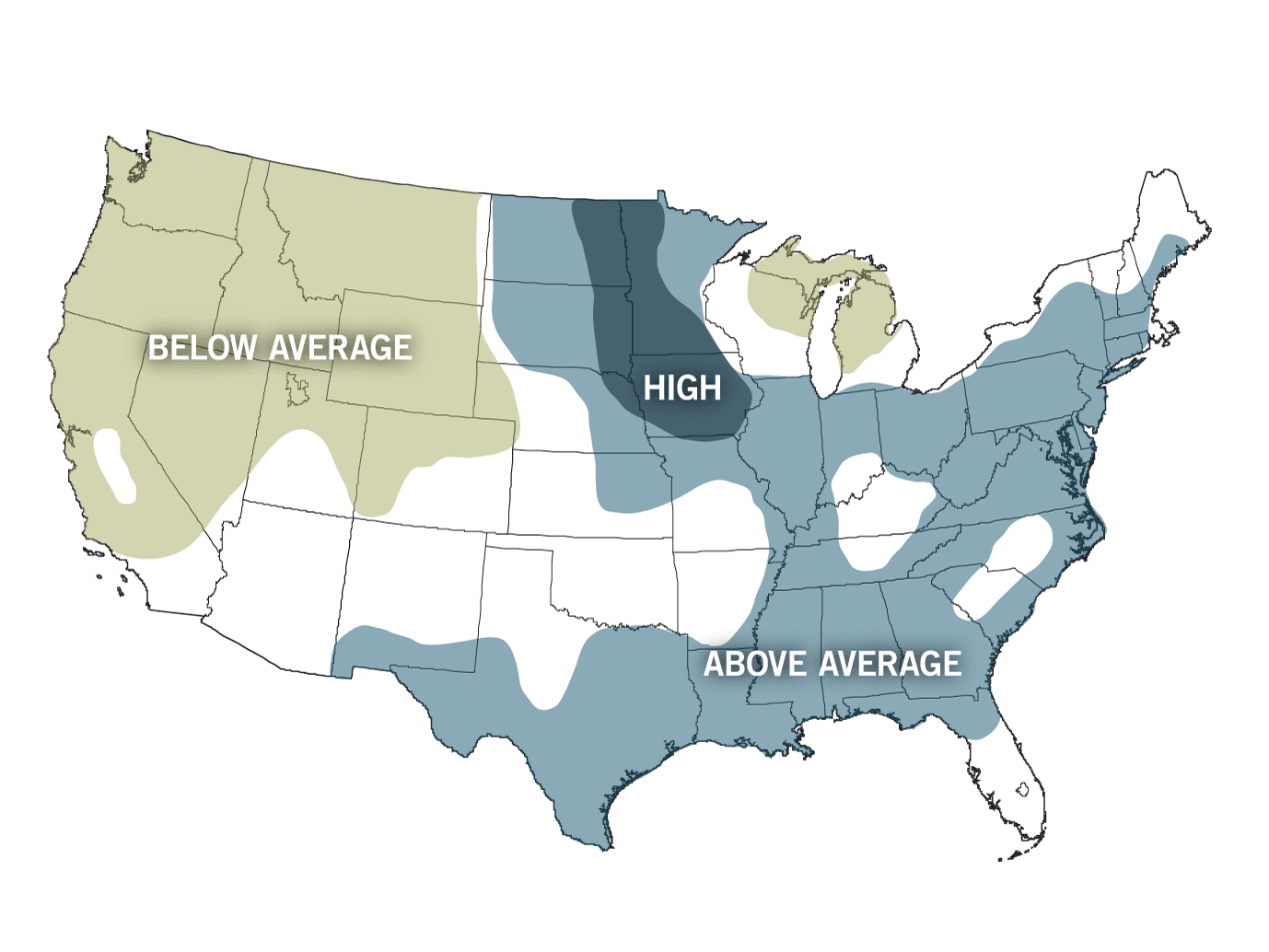 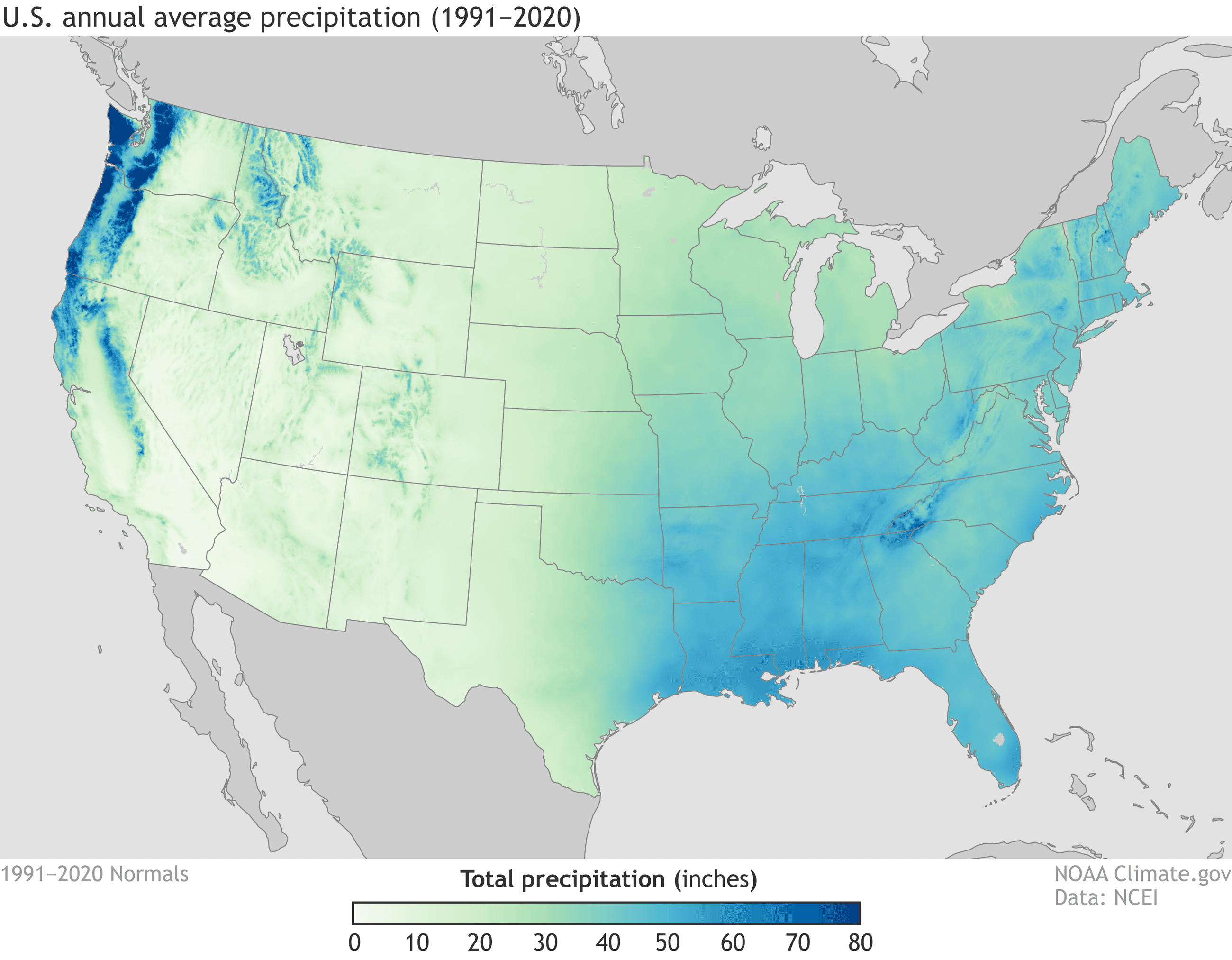 Flooding remains one of the biggest threats for Williamson County, due to the local Harpeth River and its branching creeks. According to the NWS Advanced Hydrologic Prediction Service, the Harpeth River near the city of Franklin reaches Flood Stage at 30 ft. The gauge for this measurement is located off Murfreesboro Road, near Pinkerton Park. In this area, even when Flood Stage is not reached, there are local impacts.

The Harpeth River also has impacts below the City of Franklin. The gauge location for this area is located off Hillsboro Rd and Judge Fulton Greer Park, and the flood stage here is 27 ft.

Contrary to what it sounds like, a 100-year flood is not a flood that happens once every 100 years. To avoid confusion, the National Flood Insurance Program (NFIP) uses the term “base flood.” A 100-year base flood is as having a 1% chance of being reached or exceeded in any single year.